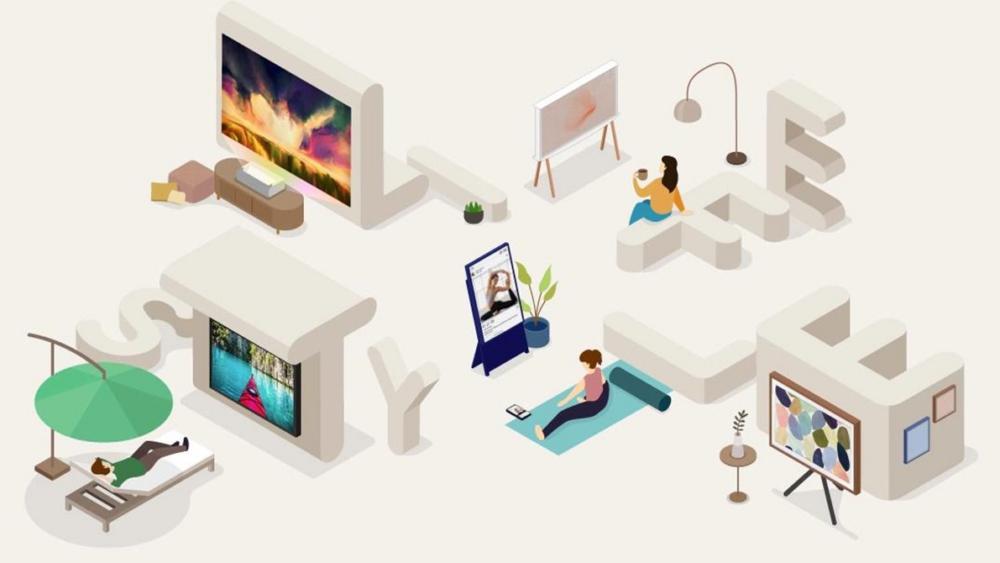 From black and white to color, analog to digital, and digital to smart TVs­—Samsung Electronics has been there for all the key historic moments in the development of the television. Over time, Samsung has established itself as a global television leader by applying innovative technologies and staying a step ahead when it comes to identifying global lifestyle trends.

And Samsung’s innovation hasn’t slowed in 2021. Even in the unprecedented era of the global pandemic, the company recorded a revenue-based TV market share of 31.9%1 in 2020. This was the highest figure the company had ever recorded, and means that Samsung has retained its number one spot in the global TV market for the 15th consecutive year. In this two-part series, Samsung Newsroom will explore the legacy of Samsung TVs, which have long been pioneers in the sector.

A History of Excellence

Samsung released its initial ‘world’s first’ television in 1998 with the launch of its 55-inch projection TV. The company’s initial securing of this title was partially brought about by its helping to lead the global transition from analog to digital television.

Samsung went on to further change the game by releasing its LCD TV in the early 2000s. Around this time the company successfully popularized wall-mountable LCD TVs, leading to the inception of the golden age of LCD TVs. Samsung also launched a 46-inch (116cm) LCD TV—which was then the largest in the industry—and consequently altered the approach of an industry that had not been focused on large-screen TVs up to then. The 46-inch LCD TV, which cost more than USD 13,000 back then, was widely welcomed and helped spur the success of LCD TVs.

The Bordeaux LCD TV, released by Samsung in 2006, is another example that shows how innovation-based, outside-the-box thinking has changed the face of the sector forevermore. Developers began to question the long-term feasibility of thick, heavy, vacuum-tube-based televisions and instead started to dream of TVs that were lightweight and aesthetically sophisticated. The Bordeaux TV was the result, with its sales numbers exceeding one million in the first six months of its release. The Bordeaux TV featured a speaker that was relocated from both sides of the TV to the bottom, and highlighted its sophistication with a crimson color and curved edges. In addition to marking the launch of the Bordeaux TV, 2006 was also the first time in the company’s history that Samsung ranked first in the global television market. The company has continued to hold that position for 15 consecutive years, and still holds it today.

The Commitment to Realizing the Best Definition Ever Seen

Aiming to provide the absolute best experience to its television users, Samsung has maintained a keen commitment to improving image resolution. In a time of constantly changing lifestyle patterns and an ever-expanding pool of content, true technological innovation remains a primary driving force when it comes to retaining the TV industry’s top spot.

@khayadlanga Yoh but this great uncle of ours can speak. He has words for days. And he knows how to whip up a cocktail for the ears.

At CES 2009, Samsung introduced the beginning of the LED TV era. The company’s LED televisions used light emitting diodes (LEDs), which are semiconductor-based light sources that emit light when current flows through them, to realize very clear image resolution. About 50 engineers worked for around two years to completely redesign all components of the TV, obtaining more than 3,000 patents as they worked to realize the potential of LED TV technology. The resulting televisions would go on to distinguish themselves by creating a whole new domain for the industry.

Samsung’s QLED TV, which achieved 100 percent color volume for the first time in the industry, is another product that reached the peak of screen technology. In 2017, Samsung released this next-generation television, which was based on quantum dot (QLED) technology. The TV takes quantum dot technology to new heights with advancements in light efficiency, stability and a wider color spectrum. At this time, Samsung emphasized that it would be creating a new standard for the global TV market in accordance with its slogan, ‘The Next Innovation In TV.’

Samsung revealed its 2021 Neo QLED, a whole new display technology, during its First Look event ahead of CES 2021. Neo QLED is underpinned by Quantum Mini LED technology, which features LEDs that are 1/40th the height of conventional LEDs and are precisely controlled by Samsung’s own Quantum Matrix Technology and Neo Quantum Processor, a powerful picture processor with enhanced upscaling capabilities. Thus, Samsung, which has remained a step ahead when it comes to introducing future display technology, continues to lead the global TV sector while further strengthening its unique position in the market.

Reflecting Users’ Tastes – The Inception of the ‘Era of Smart’

After leading the global TV market for 15 consecutive years, Samsung’s innovations have come to transform users’ lifestyles and daily routines too. As more and more users gained the ability to handpick the content they wanted to watch, Samsung launched the Samsung TV App Store in 2010. In particular, the app provided a variety of high-quality local content for different countries, which helped to expand viewer pools. By developing the app according to the viewing preferences of each region and accentuating content like sports, movies, and cooking, Samsung helped make the viewing experience more enjoyable and further advanced its leadership.

Samsung has also been offering its Samsung TV Plus2 service since the service’s launch in 2015. Samsung TV Plus is the company’s free Smart TV video service, which provides instant access to news, sports, entertainment and more. The service has now been expanded to 12 countries, bringing access to over 60 million Samsung Smart TVs.

Samsung, which has always been ahead of the pack when it comes to making our societies smarter, will continue to put the users first by allowing them to select what they want to consume and catering its offerings to their tastes. As it continues to demonstrate the power of content, Samsung is planning to further expand its Smart TV experiences by increasing the number of countries where it can provide its services, as well as reinforcing its cooperation with broadcasting companies and content providers from around the world.