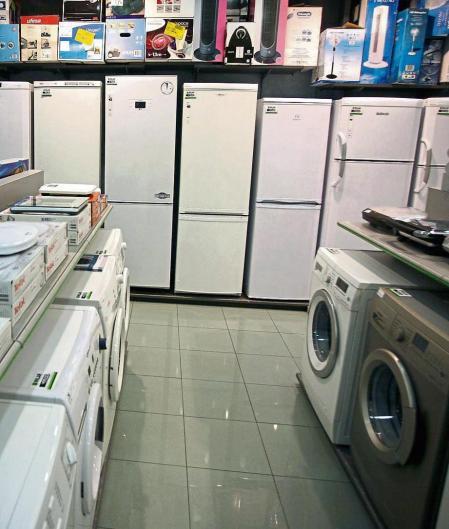 Barcelona, Cuenca and Valencia prohibit the use of appliances in a time slot

What it costs today to put the iron, the washing machine and the dishwasher

In Spain, the new electric rate has been released this month, where three time slots have been established where the price of electricity varies.The so -called valley schedule, from 00:00 to 8:00 a.m. and on weekends, is the most economical.The schedules with the highest rates correspond between 10:00 a.m. and 2:00 p.m. and between 6:00 p.m. and 10:00 p.m..

Therefore, it has been recommended that in the section of 00:00 to 8:00 a.m..These appliances are characterized because they can become very loud and upset for neighbors.

However, this new regulation of the electricity rate is colliding with the municipal ordinances imposed in each city.Barcelona, Zaragoza, Cuenca and Castellón are some of the cities that are affected by this tariff change.

In the city of Barcelona, the use of noisy appliances from 9:00 p.m..Those who made use of some appliance from the established time would face a sanction that ranges between 750 and 3.000 euros.

In Cuenca and Zaragoza, they establish differentiated schedules for the use of appliances.The Municipal Ordinance regulates that electrical appliances cannot be used that exceed 45 decibels between 10:00 p.m. and 8:00 am during the week and between 11:00 p.m..

In Castellón, the use of electrical appliances is also delimited with schedules so as not to disturb the rest of the neighbors.Unlike Cuenca and Zaragoza, a common schedule is established for every day it includes from 11:00 p.m..

Valencia is another of the cities of the Valencian Community that has a time slot to delimit the use of noisy appliances.The use of a washing machine between 10:00 p.m. and 8:00 am can mean fines of up to 600 euros.

In this moment of crisis, with the new rate imposed by the Government and accepted by its partners, many Valencians can be forced to breach the municipal norm itself

In the Community of Madrid, there is not specifically spoken of appliances but is divided into three times.The one corresponding to the night between 23:00 until 07:00 hours from Monday to Friday, it cannot exceed 45 decibels, if an appliance is more noise can behave a sanction

As in the capital, in Bilbao there is no stipulated ordinance that I spoke expressly of the appliances, according to the Municipal Ordinance of Environmental Environment Protection of the Bilbao City Council inside a residence in the night period, from 22:00 to 8:00 hours, you can't exceed 30 decibels.